Sooooo… the Electronic Frontier Foundation (EFF), of which I am a member, sends out a promotional video for their Coders’ Rights Project that involves… kittens???

While I support the Coders’ Rights Project and applaud their creativity, this video feels a bit forced… kind of like “everyone loves kitten videos, so we just need a kitten video!”

What do you think?

Interesting to see that the White House is sponsoring its first ever code sprint… from the announcement back on April 2nd:

Today we’re announcing the first ever White House Code Sprint. This is a call to developers around the country to use the Summer Jobs+ API to build job search apps for your favorite browsers, social networking platforms, smart phones and feature phones. Submit your apps using this form by Monday April 16th at 8 a.m. EST, and we’ll pick the most innovative ones to feature on WhiteHouse.gov.

The White House and the Department of Labor have just released an API opening access to thousands of summer internships, training and mentorships opportunities through their Summer Jobs+ Bank. We’re challenging the developer community to build apps that reach kids throughout the nation on their browsers, Facebook, Android, iOS, SMS or any other platform.

This is the first ever White House Code Sprint and we’re excited to see what innovative apps you build over the next seven days. There is no ideal app, but keep in mind that our goal is to share opportunities in our job bank with as many youth as possible.

It’s good to see the White House seeking to tap into the energy and passion of the developer community… I don’t personally have the time to participate in this event, but I hope they do get some interesting application submissions. My one comment is that they didn’t allow much time… they issued the notice on April 2nd with a deadline, then, of April 9th. Not much time to publicize it and get interest… but we’ll see.

If you are interested, the deadline has been extended to this coming Monday, April 16th.

What does Amazon.com do so much better than Google? And why does Amazon do everything “wrong” while Google does everything “right”… yet offer a better platform? How should you construct a “platform” so that everyone can use it?

If you are a developer, IT manager, product manager, system architect, product marketer, CTO or even a CEO, you really need to take a bit to read this “Mother of all Reply-All failures” that was written by Googler Steve Yegge and accidentally posted publicly back on October 12th. Steve pulled down his own posting of the rant, but it was re-posted to Google+ by Rip Rowan and also posted over to Hacker News. The long rant – and the comments on both sites – are worth a read:

It’s a LONG piece that gives some fascinating insight into both Amazon and Google as companies, but also into what it takes to be a “platform”.

A bit later, on October 21st, Steve Yegge posted an update indicating that he did not get fired and in fact people actually listened within Google. He also dove a bit more into Amazon.com and Jeff Bezos. And just this week he wrote a lengthy piece describing how amazing it is to work at Google, explaining a bit more about what he meant in his rant about how Google “does everything right”.

The original platform rant, though, should definitely be on a “must-read” list for people thinking about how their services could really be a “platform”…

P.S. Are we connected on Google+? If not, you can find my Google+ profile and add me to a circle… 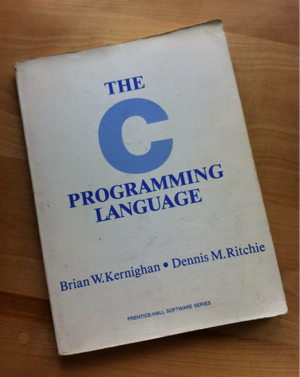 Remember perl? The “scripting language” that was the one of the first that many of us used on UNIX to automate system administration tasks? And then was later used in the 1990s for a ton of web CGI programming and so much more? And that we could have so much fun with created “obfuscated” programs that looked like gobbledegook but actually did something useful?

I don’t hear much at all about perl these days… and my perception is that many folks are like me in that they moved on from perl to other scripting languages like python, JavaScript, Ruby, PHP and more.

So when ReadWrite Web published article “A Look at the Future of Perl 5.16 and Beyond“, I had to look out of perhaps morbid curiosity… “you mean, people still use perl?”

The slide set from Jesse Vincent embedded in the RWW article is interesting in that it does show the good amount of work being done by the perl faithful to bring more stability and progress to the perl language.

I commend them all for the work… it looks like really good things are happening. Is it enough to make me personally return to working with perl? Probably not, to be honest… but for the sake of all those people who still work with perl… and for people looking for a great multi-purpose programming language with deep roots and a huge base of documentation and usage… it’s good to see the language evolving again!

Have you been experimenting with Node.JS (as I have) and wished you had a place to host your Node.js apps? If so, you may want to check out NodeFu.com, a new hosting service that just launched today.

Created by my friend and co-worker Chris Matthieu out of frustration with not getting invites for some of the other new Node.js hosting services, NodeFu is hosted up in Amazon EC2 and currently offers free hosting of Node.js apps to anyone interested.

As shown on the NodeFu home page, the process of using NodeFu is fairly straightforward. You request a coupon (an invite) via a commandline curl:

When you get an email confirming your invite, you can register an account, provide our ssh public key, etc.

From then on out all deployments happen purely through git commands. You start out by registering a new NodeFu application via another command-line curl command:

NodeFu will respond with some JSON that includes the port number your app will run on and the name of the git repo you will push to. You then just do two git commands:

And your NodeFu app will be live at http://appname.nodefu.com. As you work on your app, you just do more commits to your local git repo and then do a “git push nodefu master” when you want to update the live app. Once you push to NodeFu, your app should automagically be updated.

You can see NodeFu in action in a VERY basic form at:

As I write this post today, that app is literally a super basic “Hello, World” Node.js app. The code is visible up on GitHub at https://github.com/danyork/nodefu-dany2 and hopefully in the next bit I’ll have a chance to turn it into something a bit more involved.

I’ve also created a Tropo app at http://tropohello.nodefu.com which uses the Tropo WebAPI library for Node.js to return JSON to Tropo.com where you can connect to the app using voice, SMS, IM or Twitter. Right now I only have voice and SMS wired up, but you can try out the app at any of these numbers:

Tropo is providing the voice and SMS connectivity and then communicating with my app running over on NodeFu.com. Pretty cool stuff!

Learning More and Trying It Out

You can just go to NodeFu.com to learn more and ask for an invite. Chris has invited 50 people in so far and plans to be giving out more invites over the next few days. It’s notable that Chris has open-sourced the entire codebase for NodeFu, so anyone else could really just download Chris’ code and set themselves up with their own NodeFu-like site:

Here’s a video explaining what Chris is trying to do:

I should note that Chris isn’t alone in coming up with a service like this. The comments to the Hacker News story about Chris’ site (and also the Mashable story) show a range of other Node.js hosting options, including:

… and a couple of others were listed, too, but they seem to offer other forms of hosted JavaScript versus Node.JS hosting.

The key point of all of this is that for those of us experimenting with Node.JS, this is truly a wonderful time to be trying it out, because we now have so many options before us!